Over the last 13 years Carl Doran has created a series of projects to interact with the public. 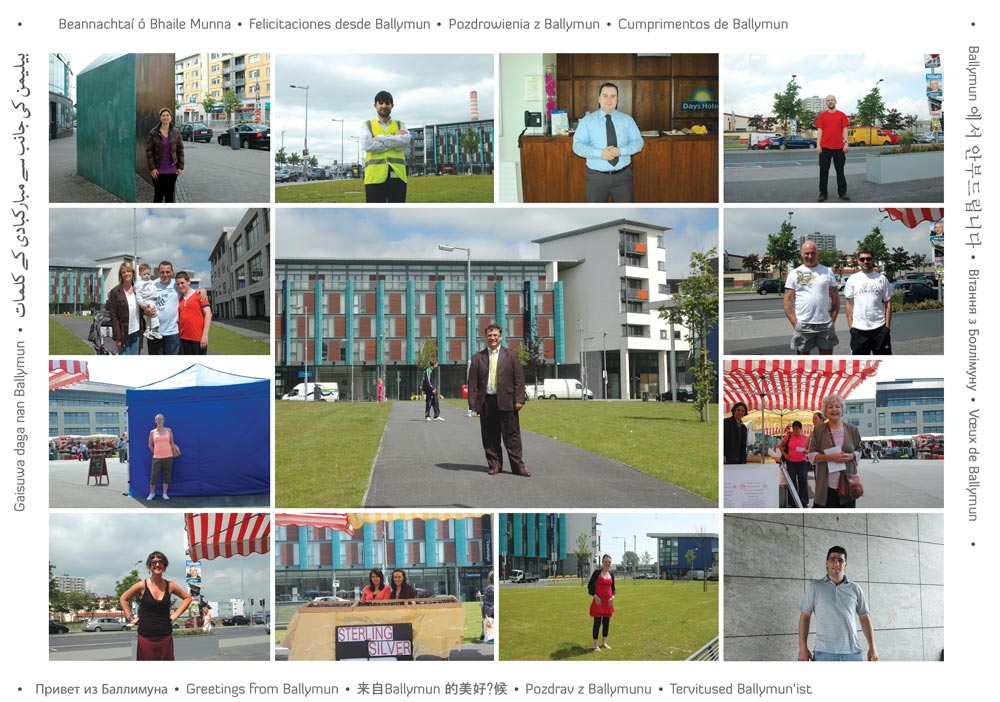 The People’s Postcard Project, a Per Cent For Art Commission for Breaking Ground, Ballymun, 2008-9 arose out of a perceived need to include newly arrived members of the Ballymun community from outside of Ireland. I set up stalls in the Civic Centre one week, and the Farmers’ Market the next, with members of the public free to approach me, be photographed, and have personalized postcards produced for them with ‘Greetings from Ballymun’ written in their own language. 3 composite postcards with ‘Greetings from Ballymun’ in 13 different languages, were made freely available around Ballymun. 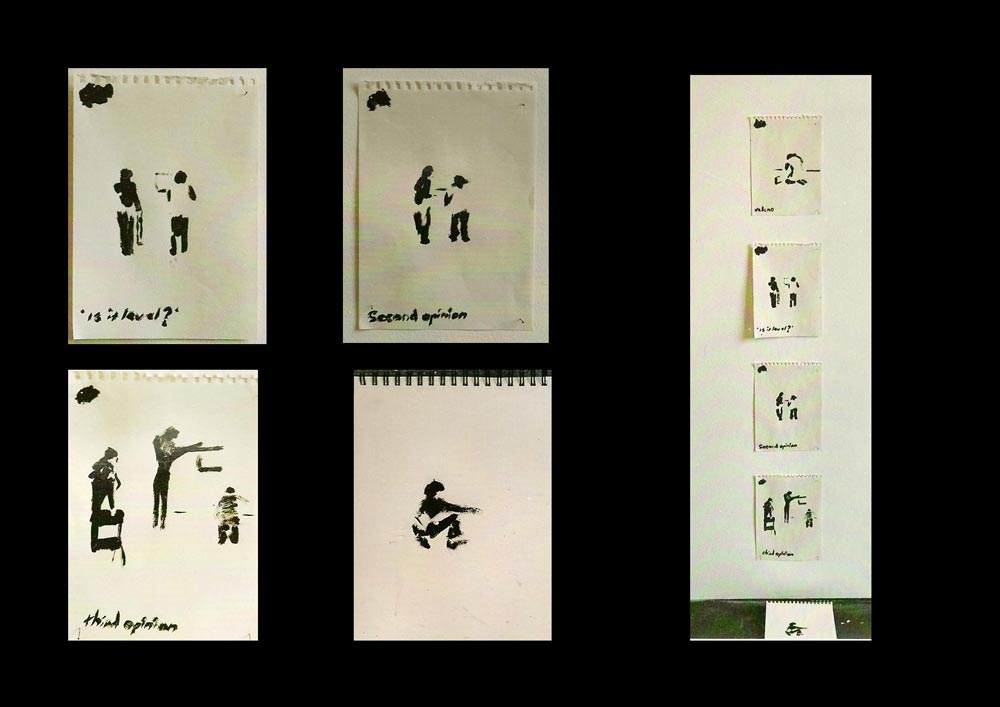 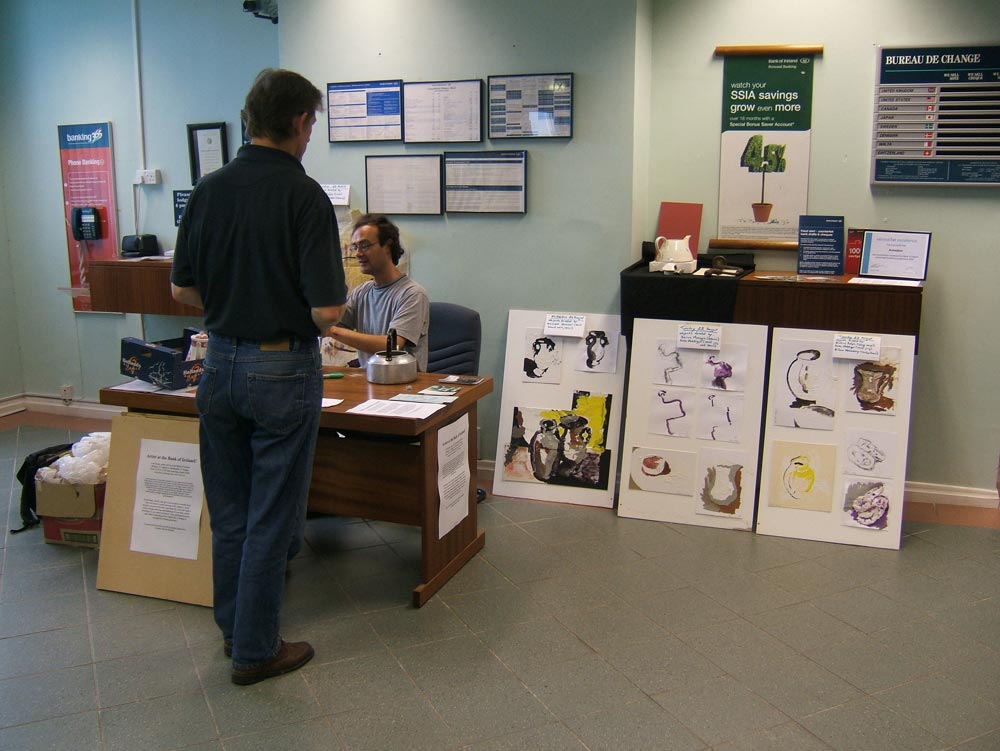 For Object Renewal Project, Askeaton Contemporary Arts Festival, 2006, while based in Bank of Ireland I accepted objects from local people, and made drawings and paintings of these over a week. These objects and drawings were presented together and donors given a work featuring their object. 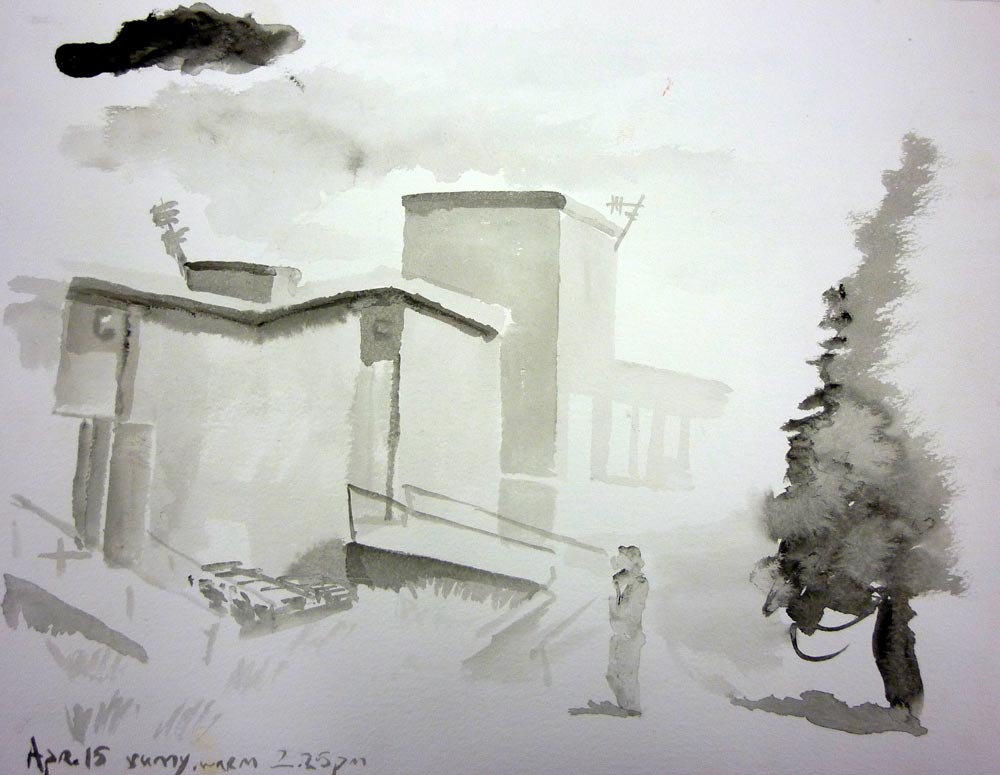